The Museum of Precinema in Padua is unique, not only amongst Italian museums but throughout the world. Founded by Laura Minici Zotti in 1998 in collaboration with the Comune di Padova and Department of Culture and Tourism with the consultation of the Arch. Gianfranco Martinoni. Now the director of the museum is Carlo Alberto Zotti Minici, the son of the founder, professor at the University of Padua (History of cinema, History and technique of photography). This “Cabinet of Wonders” is an interesting and unusual project that combines public and private interest.

In order to understand the quest for knowledge that led to the birth and worldwide diffusion the “visionary man”, and later to the creation of cinema, we must begin with the invention of projected motion pictures by the Lumière brothers and work backwards through the centuries. As we go back in time, we focus our attention on the history of machines for vision, as well as on another history – one that is more extensive and more difficult to define. This other history is of popular entertainment and optical spectacles, which, over the centuries, finally led to the invention of what we call the Cinematograph. 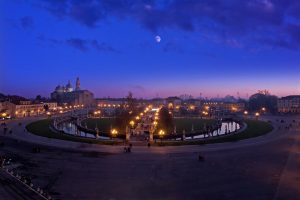 The Museum of Precinema is based in the monumental Palazzo Angeli, a 15th Century building in Prato della Valle, in the centre of the historic city of Padua. This beautiful building is certainly the most appropriate place in which to preserve and display the optical instruments and original hand-painted magic lantern slides, which date back to the 18th and 19th Centuries. At the Museum of Precinema you can admire optical views, the “mondo niovo” (a peepshow), a collection of optical instruments and toys. They all testify in a manifold way the need felt in the 19th Century, and particularly the Victorian Age, to escape from the monotony of the fixed and one-dimensional image. Alongside simple devices with a playful character like the thaumatrope or anamorphosis, there are also more complicated instruments like the pheneakistoscope, praxinoscope and zoetrope. 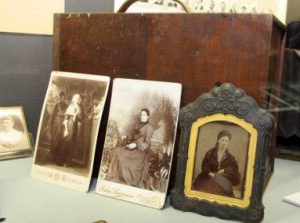 In the section devoted to photography you can look at images using Carlo Ponti’s megalethoscope of 1864; in the stereoscope section there are original hand held and column stereoscopes, each with photographic images that appear to be three-dimensional. 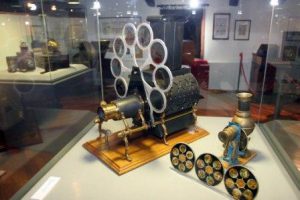 The pièce de résistance of the Museum is the collection of magic lanterns of many different kinds, whose enchanting projections document the development of images from the 18th Century to the birth of Cinema.
Among the most significant pieces – apart from many single lanterns of different types and provenance – are the Phatasmagoria Magic Lantern, the W. Tyler bi-unial, the J. H. Steward tri-unial in mahogany with brass lenses (c. 1880); the P. Harris & Co. Scientific Lantern, the “Pettibone”, of American production, antique paired lanterns and the Walter Gibbons Cinematograph-Lantern.

Another section is devoted to toy lanterns, made of painted and embossed tin and produced by Lapierre, Plank and Müller; there are also colourful “salon” lanterns of French production. In addition to the projection instruments the Museum exhibits many glass magic lantern slides, dating from the second half of the 18th Century (138 slides) to the beginning of the 20th Century. They are mostly hand painted, illustrated with engravings transferred onto glass, or photographs coloured by hand. Some of the slides are equipped with little mechanisms that allow them to be animated. For example, there are cromatropes, the famous coreutoscope and dissolving views.

Finally, there are a number of musical instruments, a Javanese shadow theater dating from the end of the 19th Century and a camera obscura. During your visit, you are also invited to watch a video-projection of the fascinating history of the Archaeology of Cinema. 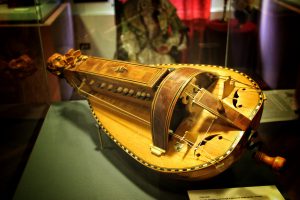